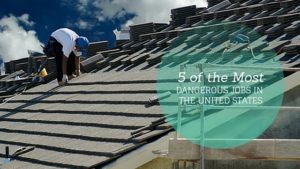 In 2013 there were 4,585 workplace fatalities in the United States. In 2014 the number was 4,821. The Bureau of Labor Statistics will publish 2015’s figures in December of this year, but current estimates keep the numbers in that region, and the jobs that make up most of the statistics are unlikely to change. When most people are asked to list the most dangerous jobs in the United States, they tend to name the … END_OF_DOCUMENT_TOKEN_TO_BE_REPLACED 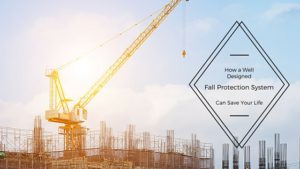 A recent government report stated that six workers fell to their deaths in April 2016. Both US and Canadian regulations demand that employers must minimize fall risk to employees who: 1. Work in elevated areas. This may be as little as four feet 2. Work where there are holes and other openings in floors, roofs or walls 3. Work above dangerous equipment, machinery, or materials Workplace environments and … END_OF_DOCUMENT_TOKEN_TO_BE_REPLACED 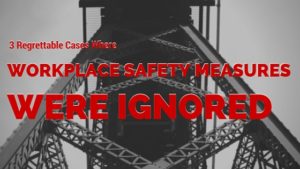 Some of the more common excuses we hear from people who don't use proper safety gear are "We've done hundreds of jobs and we've always been fine!" or "We know what we're doing and nothing bad has happened!" Every time we hear those words we're left shaking our heads and thinking "Yeah, nothing bad has happened...yet." As a fall protection systems provider, we know all too well the tragedies that occur when a company … END_OF_DOCUMENT_TOKEN_TO_BE_REPLACED 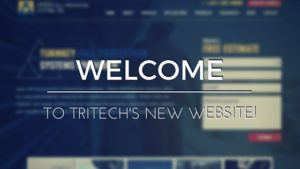 Our vision for a website that represents Tritech and the pride we have in our company has come to life. We're happy to announce that the new Tritech site is now live and ready for you to explore! New Products & Applications Pages If you're on the hunt for fall protection equipment, head to our Products page or click on a product in the menu dropdown. Each product's page will provide you with detailed … END_OF_DOCUMENT_TOKEN_TO_BE_REPLACED