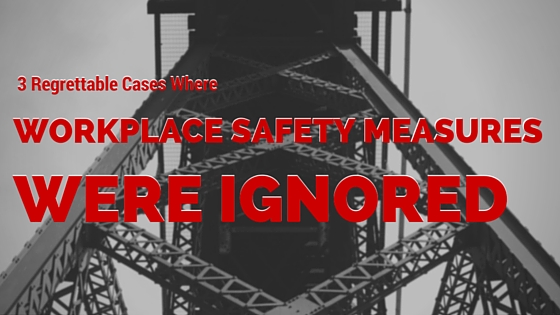 Some of the more common excuses we hear from people who don’t use proper safety gear are “We’ve done hundreds of jobs and we’ve always been fine!” or “We know what we’re doing and nothing bad has happened!” Every time we hear those words we’re left shaking our heads and thinking “Yeah, nothing bad has happened…yet.” As a fall protection systems provider, we know all too well the tragedies that occur when a company or professional confuses luck with safety precautions.

Why You Shouldn’t Leave Workplace Safety to Chance

The employers in the cases above had a simple task – follow the rules; all they had to do was invest in the proper safety equipment and operate according to safety regulations. Instead, the companies chose to risk their workers’ lives by leaving safety to chance.

Are You Using the Proper Safety Equipment?

You might be experienced, but if you don’t use proper safety gear you’re not safe, you’re just darn lucky. And luck doesn’t hold out, so at some point you’re gonna find yourself or a coworker injured – or worse – and you’re going to regret assuming that an accident would never happen because it hadn’t happened yet.

Not sure what the proper safety equipment is for your workplace? Contact Tritech and let safety professionals assist you with ensuring your workers’ safety and maintaining your company’s integrity.