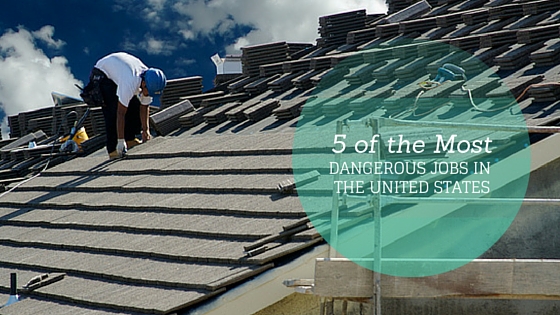 In 2013 there were 4,585 workplace fatalities in the United States. In 2014 the number was 4,821. The Bureau of Labor Statistics will publish 2015’s figures in December of this year, but current estimates keep the numbers in that region, and the jobs that make up most of the statistics are unlikely to change.

Loggers are top of the list. Every year about 100 loggers, lumberjacks and associated workers die and thousands are injured. Loggers handle dangerous equipment while working in rough, isolated terrain. They work in all weathers, and they have to deal with rolling, falling, sliding trees and logs of all weights and shapes. Loggers suffer not just from falling out of a tree but from being hit by a falling tree.

Next come fishermen and related trades. Working on board a ship presents the dangers of slipping, sliding and falling. Adequate fall protection systems are essential. In addition to falling, many laborers, machine operators and fish handlers, both on ships and in processing plants, were also injured. In a six-year study of these trades, there were more than recorded 2400 injuries.

Farmers, ranchers and others who work with large animals are another unexpected group to make it to the top of the charts. Large animals are fast-moving, powerful, and protective of their territory and offspring. In one five-year study, 108 deaths were blamed on cattle alone.

Roofers are 4th on the list of dangerous occupations. Falls from roofs are common and account for about one third of all fatalities. Roofs are slippery, workers move around on them while handling equipment and materials. Roofers slide off sloping roofs, fall over the edge of horizontal roofs, and they fall through skylights and other roof entry points. Fall arrest systems save lives.
It is worth noting that small construction companies seem to employ a high proportion of workers who suffer falls.

Maintenance, inspection, repair workers and painters across all lines of business show up as some of the most dangerous occupations. Whether they work on a crane assembly, a dam site, a bridge or a rail car, they are in danger of becoming another death or injury statistic.
The accidents do involve falls, of course, but they also involve simple slips and trips that result in a worker dropping just enough to be crushed by a moving object.

Accidents are inevitable, injury and death are not. Fall protection and fall arrest systems, be they lifelines, anchors, or barriers will minimize the effect of the inevitable accident.